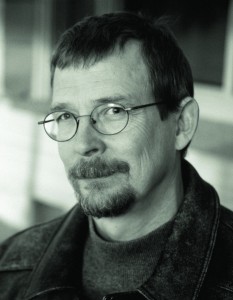 Robert Neubecker is an award-winning illustrator and children’s book creator. His work has appeared in The New York Times, Time, Newsweek, The Wall Street Journal, Slate.com and just about every magazine in print. Robert won the prestigious 2004 Key Award for Best Comedy Poster for the movie Sideways.

His first picture book, Wow! City!, was named an ALA Notable Book and launched a series that includes Wow! America!; Wow! School!; and Wow! Ocean!, which received a Publishers Weekly starred review and was chosen by Indie Booksellers for its Summer Kids’ Next List. Over thirty books have followed: Sophie Peterman Tells the Truth with Sarah Weeks (three starred reviews); I Got Two Dogs with John Lithgow; What Little Boys are Made of (starred review in Kirkus and a Kirkus Best Book); and Winter Is for Snow, which received starred reviews from Publishers Weekly and Kirkus and was featured as a “warm-hearted winter book for young readers” in USA Today and a “Winter Wonder” in The New York Times. Robert’s most recent books include Keith Haring: The Boy Who Just Kept Drawing with Kay Haring; Just Like Rube Goldberg with Sarah Aronson; and Little Smokey, about an irrepressible fire-fighting airplane. A long time New Yorker, Robert now lives on Iron Mountain in Park City, Utah, with his family, dogs, cats, moose, birds, and a lizard named Sam.