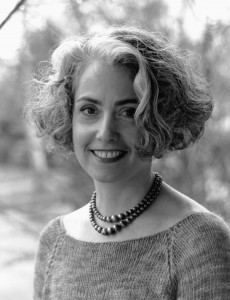 Margaret Chodos-Irvine uses a variety of printmaking techniques to create innovative patterns, vivid colors, and uniquely textured imagery in her work. Her first picture book, BUZZ by Janet Wong, was published in 2000. This debut was recognized as a School Library Journal Best Children’s Book, a Children’s Cooperative Bulletin Council Choice, an LA Times Best Children’s Book, an ABA Pick of the Lists, and an Oppenheim Toy Portfolio Gold Award. Since then her work has continued to be acknowledged with starred reviews and various other honors, including a 2004 Caldecott Honor Award for ELLA SARAH GETS DRESSED, which she both wrote and illustrated. Her work in her latest book written by Savinder Naberhaus was described by The Horn Book: “[a] fearless use of white space underscores the pictures’ graphic power and Chodos-Irvine’s command of pattern and color. Hear, hear! to this playful romp of a book.” Margaret lives in Seattle, Washington, with her family.