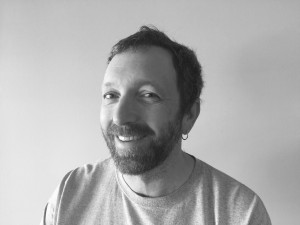 George McClements is the inspiration behind many Norse legends and sonnets. He is also a talented and funny children’s book author and illustrator who enjoys writing about himself in the third person. His first book, JAKE GANDER: STORYVILLE DETECTIVE, was published in 2002, followed by a half dozen more, including THE NIGHT OF THE VEGGIE MONSTER, which was featured on the Rachael Ray Show (the segment can be viewed here), and DINOSAUR WOODS, which was chosen by Indie booksellers for the Summer 2010 Kids’ Next List, as well as being named a Bank Street Best Books of the Year and CCBC Choice. He lives in Glendale, California, with his saintly wife and two sons, who influence many of George’s books.