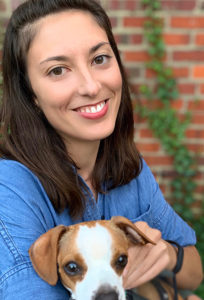 Angela Dominguez was born in Mexico City, grew up in Texas, taught at the Academy of Art University in San Francisco, and now lives in Brooklyn, NY.  Since graduating with her MFA from the Illustration Academy at the Academy of Art University in San Francisco in 2007, Angela has made it her goal to have a career creating children’s books. She is well on her way! The first book she illustrated, AVA TREE AND THE WISHES THREE (Feiwel & Friends), was published in 2009. In 2013 Angela made her debut as author and illustrator with the publication of LET’S GO HUGO (Dial Books for Young Readers), and MARIA HAD A LITTLE LLAMA (Henry Holt & Co.), for which she received a 2014 Pura Belpre Illustration Honor. As a child, she loved reading books and making a mess creating pictures. Angela is delighted to still be doing both!