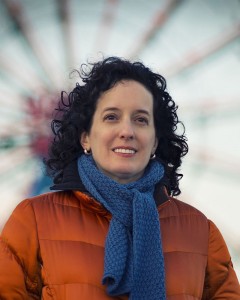 After nearly twenty years as a designer and art director in children’s publishing, Anna Raff left her job at The Metropolitan Museum of Art for an MFA from the School of Visual Arts, and began her career as an illustrator. Since then, her work has been recognized by The Society of Illustrators “The Original Art Show,” American Illustration, 3 x 3 Magazine, and SCBWI among others. She has illustrated numerous books for children, including WORLD RAT DAY (Candlewick), and several books written by David Adler including LIGHT WAVES, as well as THINGS THAT FLOAT AND THINGS THAT DON’T (Holiday House) that received Booklist and PW starred reviews. Anna’s latest book, THE DAY THE UNIVERSE EXPLODED MY HEAD, written by Allan Wolf (Candlewick, Spring 2019), has already received a Kirkus starred review. Her editorial illustrations have appeared in national newspapers including The New York Times, The Washington Post, and Ranger Rick, as well as on TV. She began Ornithoblogical, a blog of bird-related imagery and wordplay. Anna is on the faculty of The School of Visual Arts and lives and works in Manhattan, where there are reportedly four rats per human resident.

A book trailer for THE DAY THE UNIVERSE EXPLODED MY HEAD: