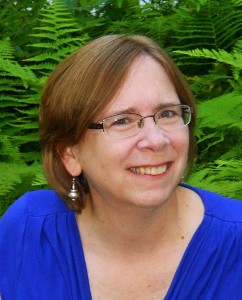 When Marianne Knowles was twelve, a librarian told her that there was more to summer than reading a stack of books every few days. She replied that she was also riding her bike, but didn’t say it was mostly to the library and back. Along with books, she’s always loved science, so after majoring in geology (which put rocks in her head) and teaching middle school (which taught her that teaching takes superhero strength), she found the perfect career fit in science educational publishing. She started writing children’s fiction during a lull in freelance work—some characters showed up and asked her to write their story, so she did. Several stories and many characters later, she’s found that writing both fiction and nonfiction keeps it all fresh and fun. Marianne lives near Boston with her husband, two daughters, and cat, and works at Six Red Marbles, a creative ed-tech curriculum developer. She enjoys singing and playing the recorder when she isn’t glued to a computer.

One Response so far.