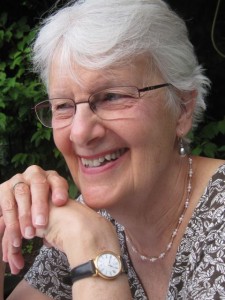 Jean Van Leeuwen is the author of more than fifty children’s books, ranging from preschool picture books to middle-grade novels. Her Easy-to-Read Oliver and Amanda Pig series has won numerous awards, including a Theodor Geisel Honor Book for AMANDA PIG AND THE REALLY HOT DAY. The New York Times praised the series as “stories as timeless as the truths of childhood.” Jean also has a strong interest in American history, and has published both historical picture books and historical fiction for older readers. Her novel CABIN ON TROUBLE CREEK was nominated for eight state awards. One of her greatest pleasures has been working on a picture book, CHICKEN SOUP, with her illustrator son, David Gavril. Publishers Weekly called it “a marvel of suspense and silliness.” An early book of hers, THE GREAT CHEESE CONSPIRACY, the tale of a gang of New York City mice who plot a cheese heist, has just been reissued as a “Marshall Cavendish Classic.” Her most recent picture book, FIVE FUNNY BUNNIES, was published in 2012. Jean grew up in Rutherford, New Jersey, and was a children’s book editor in New York for many years. The mother of two grown children, she lives with her husband in Chappaqua, New York.