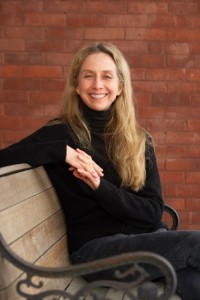 Bonnie Christensen was a fine artist and printmaker who was on the faculty of Vermont College’s MFA Writing for Children and Young Adults program and taught at St. Michael’s College, both in Vermont. She illustrated 17 books for children, nine of which she also authored, including WOODY GUTHRIE: POET OF THE PEOPLE, which received the 2002 Horn Book-Boston Globe Honor Award, a 2002 Parent’s Choice Gold Award, and was a 2002 Dorothy Canfield Fisher nominee and 2002 Oklahoma Book Award Finalist. Her book DJANGO, WORLD’S GREATEST JAZZ GUITARIST received starred reviews from both SLJ and Booklist and was named a 2010 Schneider Family Award winner. FABULOUS: A PORTRAIT OF ANDY WARHOL received SLJ and Booklist starred reviews; I, GALILEO, received a PW Starred review; and her last book, ELVIS: THE STORY OF THE ROCK AND ROLL KING, published by Henry Holt, received PW and Booklist starred reviews. Her books are regularly named to best books lists such as those compiled by Kirkus, New York Public Library, Publishers Weekly, Horn Book, Booklist, and the International Reading Association. Her fine art has been exhibited in both the United States and Europe. Vermont College of Fine Arts has created a Bonnie Christensen Scholarship Fund to encourage writers in their program, and to carry Bonnie’s spirit forward.