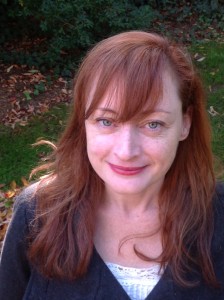 N. Griffin made her fiction debut with THE WHOLE STUPID WAY WE ARE (Atheneum, 2013), which received starred reviews from Publishers Weekly and The Horn Book, and secured her spot as a PW “Flying Start.” Showing the range of her writing, her next book, SMASHIE McPERTER AND THE MYSTERY OF ROOM 11, took on a softer, humorous tone in the middle-grade classroom mystery published in 2014 by Candlewick. A second SMASHIE book is due out in 2016! N. Griffin received her MFA from Vermont College of Fine Arts and lives in Massachusetts with her beau and their dogs.