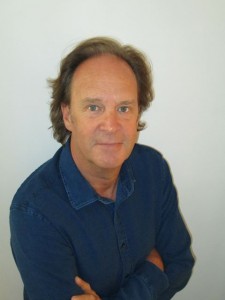 Mark Greenwood is an author and musician based in Australia. His award winning books examining history, myths, and legends, have been published internationally and honoured by Kirkus Reviews and the Bank Street College of Education. Mark has twice received the West Australian Premier’s Award for THE LEGEND OF MOONDYNE JOE and THE LEGEND OF LASSETER’S REEF. His book THE DONKEY OF GALLIPOLI: A TRUE STORY OF COURAGE IN WORLD WAR I, was a Children’s Book Council Honour Book and a USBBY Outstanding International Book.  In 2014, his book JANDAMARRA, was shortlisted in Australia for a number of awards including the New South Wales Premier’s Literary Prize for Children’s Literature, the Children’s Book Council, Eve Pownall Information Book Award, and the West Australian Young Readers’ Book Awards.

Mark often teams with his wife, illustrator Frané Lessac, to produce books that promote an understanding of multicultural issues, such as DRUMMER BOY OF JOHN JOHN, MAGIC BOOMERANG, OUTBACK ADVENTURE, and OUR BIG ISLAND. He was selected as a torchbearer for the Sydney Olympics, in recognition of his work promoting literacy in remote Indigenous schools and communities. Mark’s recent publications include THE GREATEST LIAR ON EARTH (Candlewick Press), THE MAYFLOWER (Holiday House), and MIDNIGHT – A TRUE STORY OF LOYALTY IN WORLD WAR I (Candlewick Press).