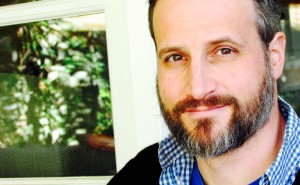 Keith grew up in Ohio, in a Harvester town just off I-70. He attended Northwestern University, majoring in English and Creative Writing while writing plays and sketch comedy for assorted student theatre groups. After college Keith moved to Los Angeles, then back to Chicago, then back again to Los Angeles, where he currently resides with his wife, two children, and a dog that thinks he’s a mountain goat. For fifteen years Keith worked as a story analyst for, among other places, New Line Cinema, The Kennedy/Marshall Company, and MGM (Snakes on a Plane was not his fault). He recently started writing for children on a dare from his daughter, who needed something to read until she was old enough for the next Harry Potter book and thought, perhaps, he might be good at it.