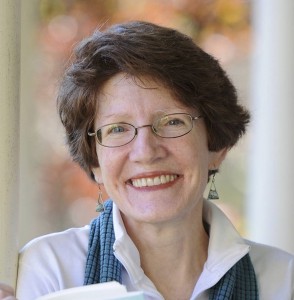 Kathryn Erskine grew up in the Netherlands, Israel, South Africa, Scotland, and Newfoundland, as the child of a diplomat. After working as an attorney for 15 years, she decided life was too short to put off her dream of writing. So with the support of her family, she set out on her journey as an author. Her debut novel, QUAKING, was named a YALSA Top 10 Quick Pick for Reluctant Young Adult Readers, and her second novel, MOCKINGBIRD, was the 2010 National Book Award Winner for Young People’s Literature, and was adapted to the stage by The Kennedy Center in 2014. Adding to the ever-growing recognition of Kathy’s body of work are THE ABSOLUTE VALUE OF MIKE (a Junior Library Guild selection, an Amazon Best Book of the Month, and a Summer 2011 Kids’ Next List recommendation), SEEING RED (a Jane Addams Peace Association Honor Book for Older Readers, a Bank Street 2014 Best Books and various State Reading Nominations), and THE BADGER KNIGHT (a Bank Street 2015 Best Books). Kathy is thrilled to add picture book author to her credentials with the picture book biography, MAMA AFRICA, illustrated by Charley Palmer (Farrar, Straus & Giroux, forthcoming). Kathy lives in Virginia with her husband, two children, and a dog.