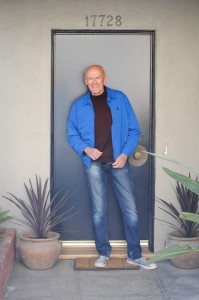 Richard Peck has come a long way from his childhood in Decatur, Illinois, but his youth there is never too far behind. The influences of those years are ever present in his books – middle American towns “where it’s hard to be a stranger,” young people who “were never more than five minutes from the nearest adult,” and the deep sense of roots. It is these influences that he connects to the realities of the world that his readers find themselves. He has written more than 40 novels and has received numerous awards and honors for his work, including the Edgar Allan Poe Award, the ALAN Award, a Scott O’Dell Award, a Newbery Honor, and the Newbery Medal. In addition, he is a two-time National Book Award finalist and has received the Medallion for the University of Southern Mississippi, the Margaret A. Edwards Award, and a National Humanities Medal (the first children’s author to be so honored) for his body of work. In addition to writing, he spends a great deal of time traveling around the country attending speaking engagements at conferences, schools, and libraries. He lives in New York City.