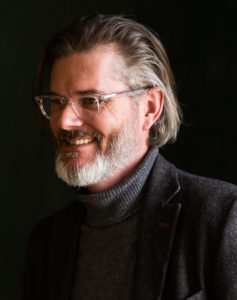 Mo Willems, a six-time Emmy Award-winning writer, received a 2004 Caldecott Honor Award for his first picture book, DON’T LET THE PIGEON DRIVE THE BUS! Since then, he has received two additional Caldecott Honor Awards, for KNUFFLE BUNNY: A CAUTIONARY TALE and for KNUFFLE BUNNY TOO: A CASE OF MISTAKEN IDENTITY. The New York Times named Willems “the biggest new talent to emerge thus far in the ’00s” in the world of children’s books. The last book in the Knuffle Bunny trilogy, KNUFFLE BUNNY FREE: AN UNEXPECTED DIVERSION, appeared on the New York Times bestseller list for 17 weeks. Mo also wrote the script and lyrics for the musical adaptation of KNUFFLE BUNNY: A CAUTIONARY TALE, which was performed at the Kennedy Center in May 2009 and subsequently toured throughout the US. In 2007, the first two titles in his Elephant and Piggie early reader series were published; books in the series have garnered two Theodor Seuss Geisel Medals and five Geisel Honors. The Kennedy Center again commissioned Mo to adapt several of these books, which became the musical Elephant & Piggie’s WE ARE IN A PLAY!, which premiered at the Kennedy Center and will be touring throughout the US. Translation rights to his books have been sold in 28 languages, including French, Chinese, Korean, Japanese, Spanish, German, Thai, Arabic, Italian, Dutch, Azerbaijani, Polish, Maori, and Farsi. His work has also been sold in the British market and been adapted for short films. In addition, his characters have been licensed for a wide range of products, including games, window clings, ring tones, t-shirts, pajamas, game apps, tote bags, wall graphics, and plush dolls. Mo lives with his wife and son in Massachusetts.

If you are a teacher seeking permission for online read-alouds of Mo’s books, please see our guidelines here.