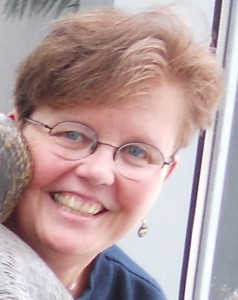 Jackie Urbanovic’s first book that she wrote as well as illustrated, DUCK AT THE DOOR, was published in January 2007 and immediately appeared on the New York Times Bestseller list. It was also featured in the Kohl’s Cares for Kids campaign in May 2009. The sequel, DUCK SOUP, also appeared on the New York Times Bestseller list and was an independent bookseller’s BookSense Top 10 pick. The third title, DUCK AND COVER, and fourth title, SITTING DUCK, were followed by the I Can Read books, DUCKS IN A ROW and HAPPY GO DUCKY, featuring Max and his friends. NO SLEEP FOR THE SHEEP, written by Karen Beaumont, received an SLJ starred review. Scholastic recently published Jackie’s KING OF THE ZOO, written by Erica Perl, followed in spring by her own PRINCE OF A FROG. Jackie lives in Northampton, Massachusetts, with her own menagerie of animals.