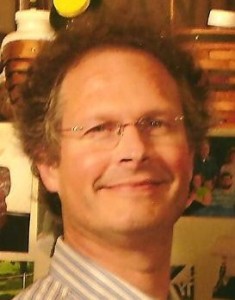 Whenever Frederick Edwards harks back to his West Virginia Appalachian roots, he relishes in the familiar voices as much as the faces. Drawn to offbeat humor and having come across quirky people while working a succession of bad jobs, he is inspired to write about such absurdities as a three-inch-tall man living in a jar and a bum keeping house in a mausoleum. He has an MFA in Creative Writing from Bowling Green State University, where he was awarded the Devine Fellowship, and an MA in Literature from Marshall University, where he was granted the Maier Awards upon winning first place in both Short Story and Personal Essay. Frederick has taught writing on the college level as well as for private schools. He has also been a guest lecturer at Kentucky’s Jesse Stuart Writing Workshop and has read his work at the Jackson Hole Writers Conference. Frederick lives with his wife and their growing number of animals on a farm in Kentucky.